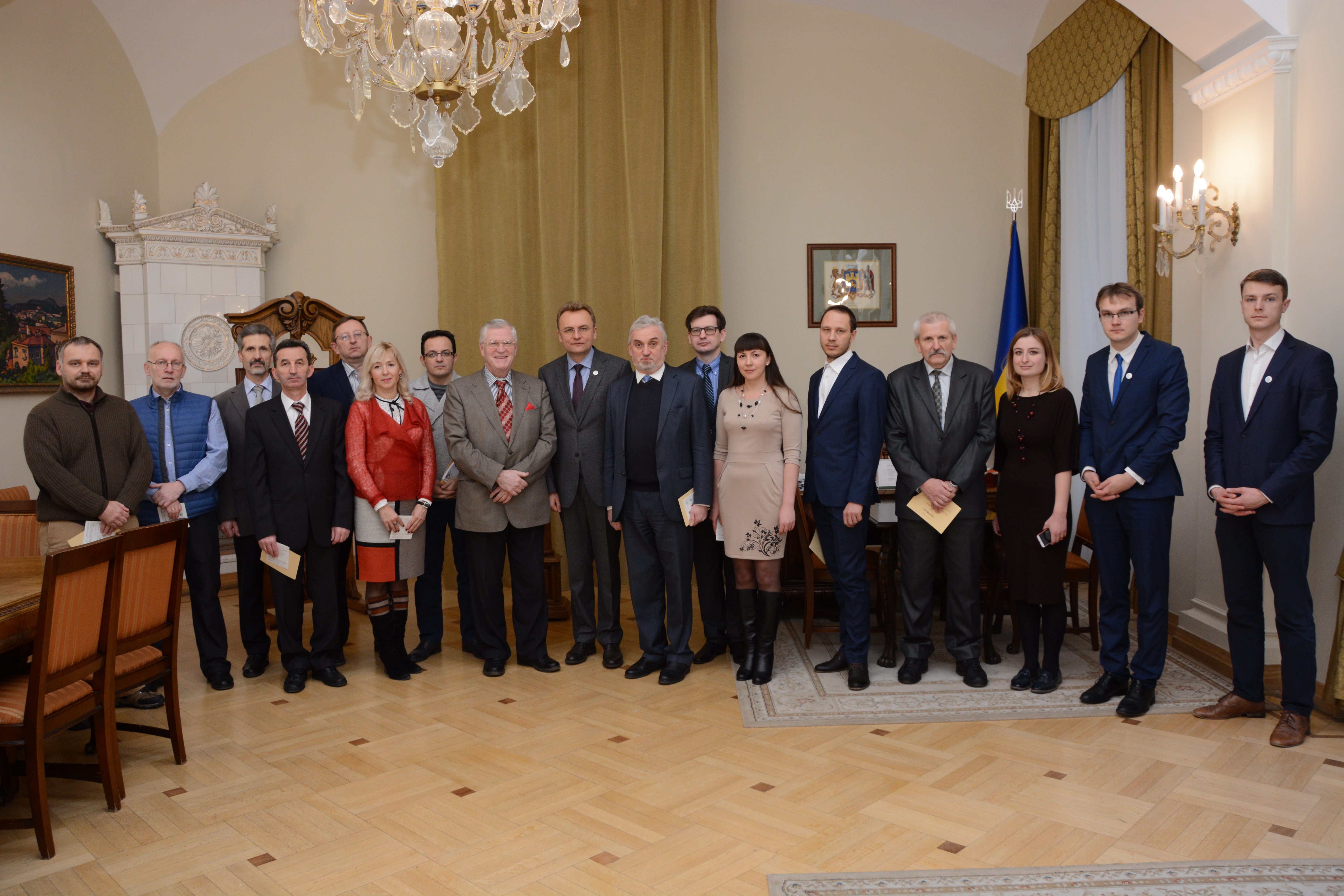 On December 23, 2016 the winners of the Programme were nominated with the award for talented scientists that took place in Lviv City Council within the Programme “Scientific Lviv”.
“I would like to congratulate all those who participated in the Programme. It is significant for the city to support those who have bright ideas. It is for some reason taken for granted here that education and science are always noted only in words. We want to change this tradition. In particular, we have such practice to honor the top 100 teachers every year, each of whom receives the award of 25 000 UAH from the city. We have the same practice for the teachers of physical education in order to raise the prestige of the profession. I would like to make the practice of nominating the best scientists, who have interesting developments, systemic and regular. The amount is small: 25 000 UAH but we have to start with something”, remarked the mayor of Lviv Andriy Sadovyi.

This year 10 talented scientists became the winners of the Programme:

The governing council of the Programme “Scientific Lviv ” was defining the winners of award. It consisted of the representatives of universities and research institutions of the city.