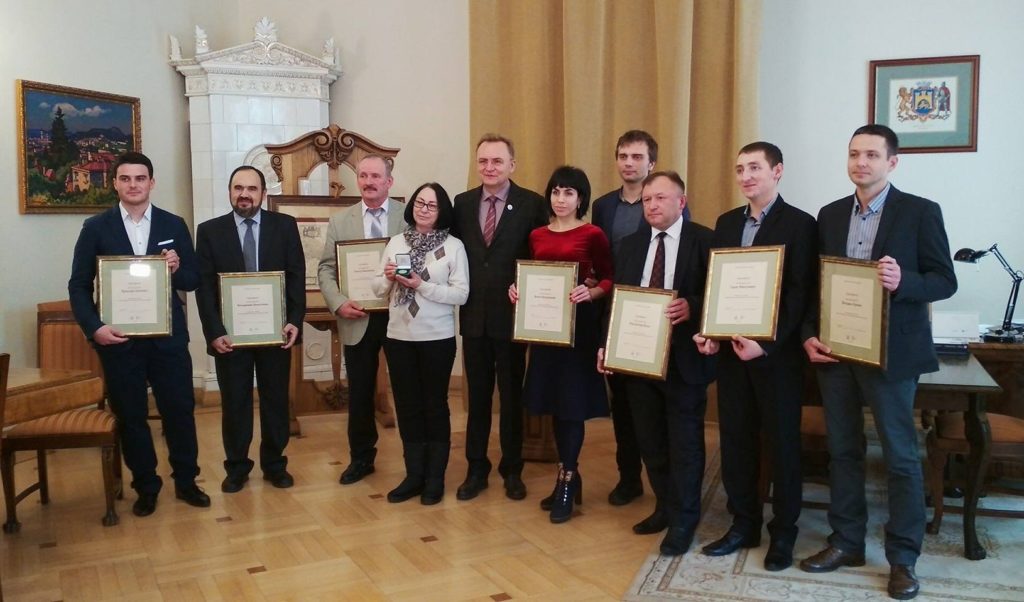 On 14 December 10 winners of the talented scientists’ contest were awarded with certificates of commendation and rewards by Lviv City Council.  The contest took place for the second time within the Programme “Scientific Lviv”, which aims to promote the scientific potential of the city and support local scientists. This year Lviv City Council allocated 250 thousand UAH to the winners.

“People who are making research are special. I understand perfectly well that science should have a lot of support from the state. We do what we can in the city. Our duty is to provide at least some funds for scientists who are actively working for the development of the city and our state. Thank you very much for your job, which is the example for everyone else“, said Andriy Sadovyi, Lviv City Mayor.

The submission of applications for the contest lasted from 22 August till 16 October.  53 participants took part in the competition. In early November, commission of the programme elected 10 winners. The new thing about the contest was awarding 5 prizes to young scientists (under 40 y.o.).

The main criteria for the selection of the finalists were: high rank of scientific metrics, number of published scientific articles and age of the candidate. The commission also paid attention to the international recognition of applicant’s achievements, his or her significant contribution to the development of local science and education, international activities, the presence of national and international patents, etc.

This year the winners of the contest are:

Note that the Programme “Scientific Lviv” was launched in 2016 and envisages a series of activities aimed at promoting the city as a center of education, science, advanced technologies and innovations. The program has to ensure the promotion of the scientific potential of the city and the development of the meetings industry through the support of Lviv researchers and organization of significant business events in the city.