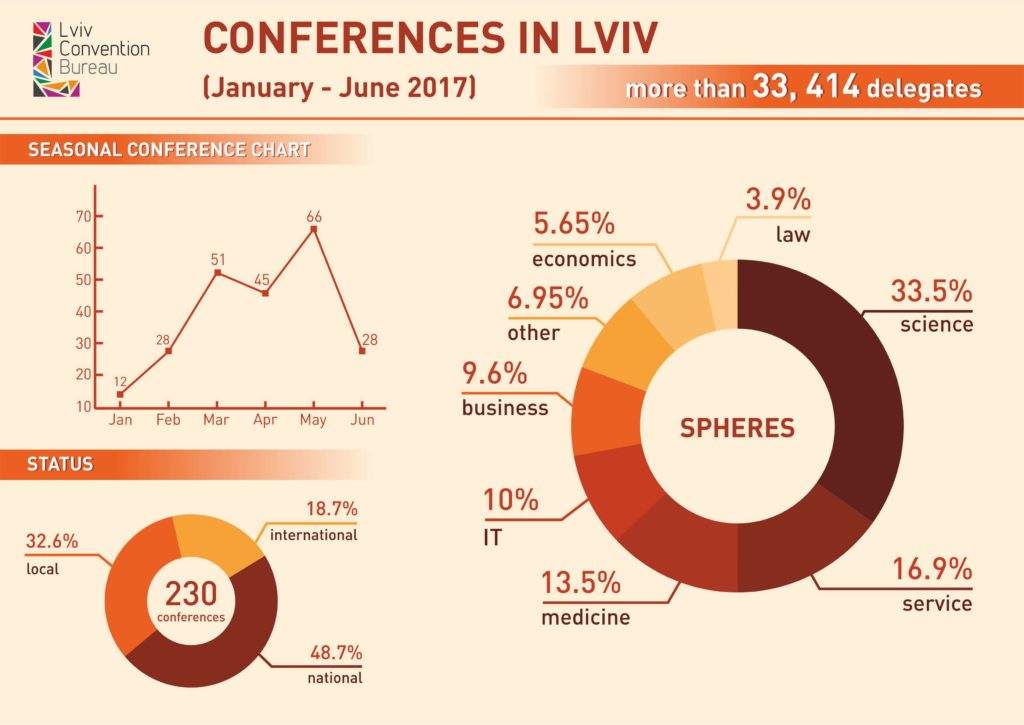 According to the survey on Lviv conference industry, conducted by Lviv Convention Bureau, during the first half of 2017 Lviv held 230 conferences. More than 33 000 delegates visited these events.

The busiest month for conference planners was May (66 conferences) and the lowest period occured to be in January (12).

We should note that in the first half of 2016 129 conferences were held in Lviv, attended by more than 30 thousand delegates.

The results of last year survey you can find by the following link.