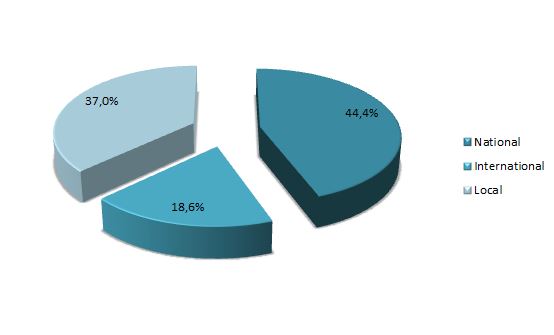 The Program for Business Hospitality Industry Development for 2018-2020 is approved in Lviv. The decision is adopted today, January 25, at a session meeting of Lviv City Council. This proposal was supported by 58 of 64 local deputies.

The main goals are to bring Lviv to the global market in the conference industry, to increase the number of international business hospitality events in the city, to improve tourist and conference services, and to raise the profile of Lviv in Eastern Europe.

According to Lviv Convention Bureau CEO Lina Ostapchuk, there were about 400 conferences during the last year in Lviv, 74 of which were international. These produced nearly 70 000 conference delegates, who made a significant contribution to the local economy, as an average participant typically spends three times more money than a leisure tourist. In addition, the sphere helps to balance the seasonality in city visiting, inherent to leisure tourism.

«Lviv is the first city in Ukraine, which has chosen business hospitality as one of the priority directions for development. We successfully implemented the same program  2015-2017, but now it is time for setting new goals  to enhance awareness and interest in Lviv among the international community, » Lina Ostapchuk says.

The main objectives of the program include improvement of the transport and conference infrastructure, promotion of Lviv as a worthy participant on the business events market in Europe, as well as raising awareness of the hospitality industry of Lviv and its impact on the economy. In addition, it provides for the professional market participants development and integration.