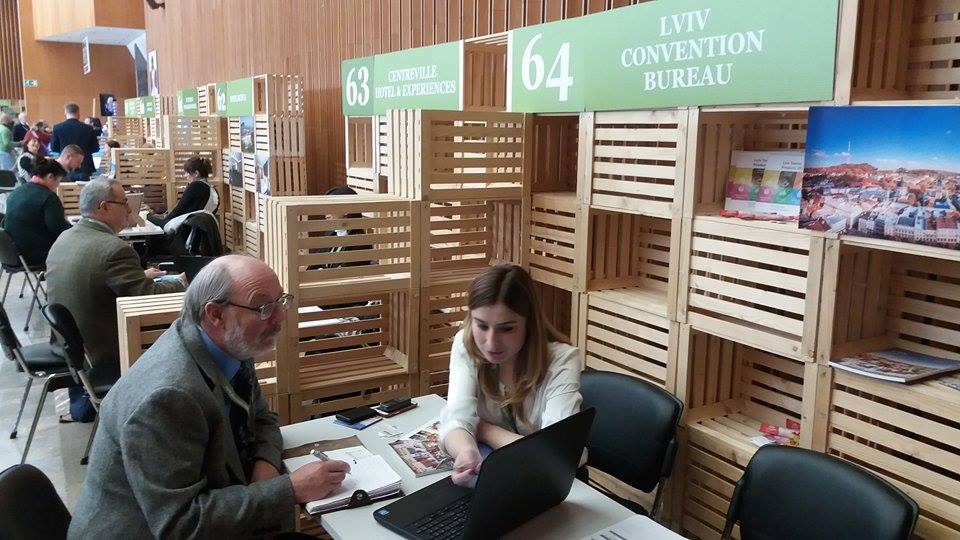 On January 18-19, 2017 for the first time representatives of Lviv Convention Bureau took part in Conventa trade show, held in Ljubljana, Slovenia. The event gathered more than 200 hosted buyers and nearly 150 exhibitors from 15 countries of New Europe.

According to the exhibition director and director of Slovenian Convention Bureau Miha Kovačič, 9th Conventa attracted wide interest from the clients’ side. 95 per cent of participants visited the event for the first time.

In search for new destinations hosted buyers take into account their personal experience. At Conventa trade show hosted buyers have opportunity to personally meet and network with exhibitors and choose one of the several fam-tours to the countries of New Europe.

Every visitor of the stand had the opportunity to “taste” the city, being treated to traditional coffee and chocolate from Lviv. The representatives of Lviv remembered Ljubljana as a city of professional atmosphere, effective meetings, positive feedback, and eco-friendly environment.

As the result of the trip Lviv Convention Bureau is organizing a fam-tour to Lviv on February, 15-17. Tour participants will be foreign meeting planners, who visited Lviv stand at the international trade shows in Barcelona (ibtm.world 2016) and Ljubljana (CONVENTA 2017).